On 23-28 March 2015 we will celebrate our Annual Mudge Week. Benjamin Franklin Mudge (right) was one of the first faculty to teach at what was then the Kansas State Agricultural College, later Kansas State University, starting in 1865. He taught the first entomology course at Kansas State ("Insects Injurious to Vegetation"), and it was also the first economic entomology course taught anywhere in the United States. He also taught courses in astronomy, physics, meteorology, botany, zoology, physiology, mineralogy, geology, physical geography, agricultural chemistry, among others. He was beloved by students, so it is entirely appropriate that we have a week of student-centered activities named in his honor. To learn more about this remarkable man, read this memorial written two years after his death in 1879. 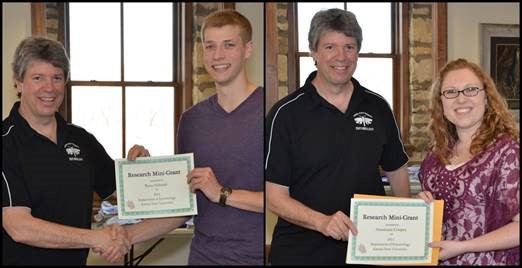