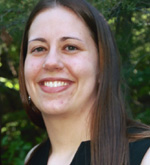 Entomopathogenic nematodes are lethal endoparasites of insects and have been extensively studied as biological control agents. The only free-living stage is the infective juvenile that actively forages and infects a new host. Although much is known about host infection behavior, little is known about the specific sensory cues used in host finding and assessment. In addition to unparasitized hosts, entomopathogenic nematode infective stages can encounter potential hosts that are already parasitized. The quality of the insect as a resource will change depending on the stage of infection and entomopathogenic nematode behavioral response has been shown to differ depending on the stage of parasitization. The specific chemical changes that occur during parasitization that might be used to evaluate host status are not known. The goal of this research project is to develop a better understanding of the chemical changes to the host during the process of nematode parasitization and how these changes may influence the infection behavior.

Specific research objectives are to: