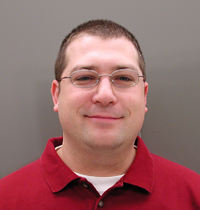 My primary research interest is systematics of Braconidae, particularly braconids that attack plant-infesting flies. A major goal of my research is to publish taxonomic revisions to facilitate the use of opiine and alysiine braconids for biological control. Taxonomic revisions are of critical importance to biological control programs in that they provide keys and morphological variation data used to identify potential biological control agents and/or antagonists. Revisions also unlock the biological control potential of natural enemy groups through naming and describing undescribed species, providing access to literature, and disseminating host utilization and spatiotemporal distribution data. In addition to morphologically based revisionary work, I am interested in exploring the use of molecular markers (e.g. COI) for braconid species-level diagnostics.

Another major goal of my research is to discern the evolutionary relationships among species in Opiinae and Alysiinae. Several taxonomists (e.g. Fischer, Griffiths, van Achterberg, Wharton) have proposed competing classifications for Opiinae and Alysiinae; I am working to construct a stable classification for both subfamilies through cladistic analysis of molecular and morphological data. I am also interested in using phylogenies to study morphological and biological transitions that have occurred in Opiinae and Alysiinae (e.g. shifts in host utilization). Ultimately, I intend to compare phylogenies for opiines, alysiines, and their hosts to assess patterns of host-parasitoid co-evolution.

My research focuses on the systematics of Dacnusini, a group of parasitoid wasps that attack stem- and leaf-mining flies. I have three objectives for my dissertation: (1) perform morphological phylogenetic analyses to evaluate the monophyly of genera and determine the relationships among species in Dacnusini, (2) provide a taxonomic revision of the New World species in Chaenusa, and (3) perform molecular phylogenetic analyses to assess the monophyly of Chaenusa and discern the relationships among species in the genus.

In addition to my research, I am an active participant in the development and maintenance of a long-term insect survey and inventory program at Konza Prairie Biological Station.