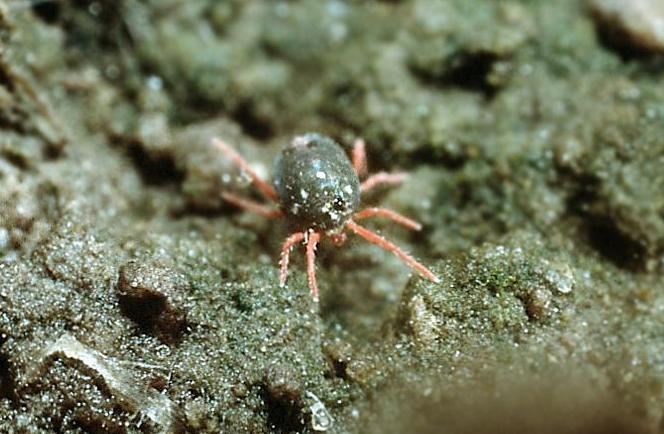 Winter Grain Mite - © Photo by the Kansas Department of Agriculture 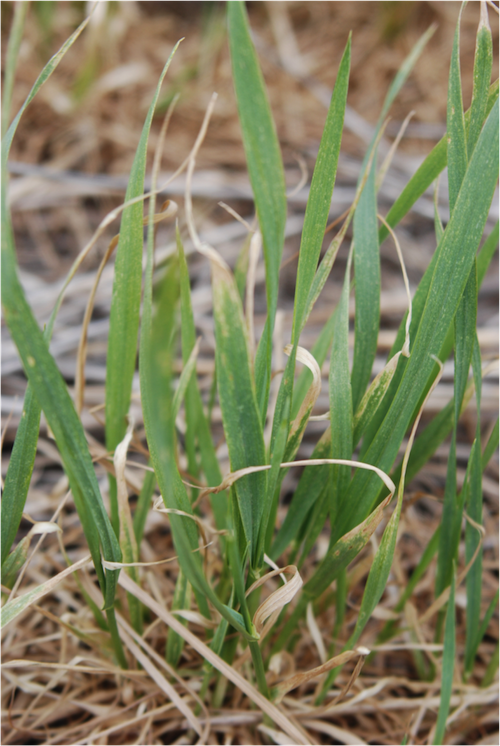 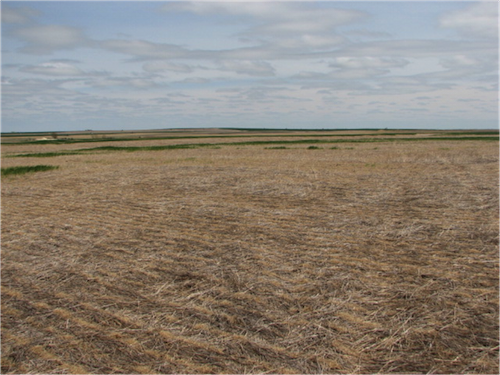 The winter grain mite is known to be a pest of small grains and grasses throughout the temperate regions of the world. Heavily infested fields take on a grayish or silvery cast as a result of the puncturing of plant cells as the mites feed. Many times the infested plants do not die, but become stunted and produce little forage or grain. Damage on young plants is more severe than on large, healthy plants.

These mites generally have two generations per year. The first begins in September or October as weather conditions become favorable for the over-summering eggs to hatch. Populations reach a peak in December or January. The second generation develops from eggs laid by the first generation and reaches its maximum density in March or April. Populations then decrease as temperatures exceed the mite's range of tolerance. Females of the second generation lay aestivating or over-summering eggs. Larvae become active soon after hatching and begin to feed on the leaf sheaths and tender shoots near the ground. The nymphs, as well as the adults, feed higher up on the plants at night and on cloudy or cool days.

As the sun rises, the mites descend the plants and seek protection on the moist soil surface under the foliage during the hot part of the day. Mites damage plants by puncturing individual cells, which cause the leaves to take on a silvery-gray appearance. Heavily damaged leaves will have brown leaf tips. If the soil is dry and there is little foliage cover, mites will crawl into the soil in search of moisture and cooler temperatures. Temperature and moisture are the most important factors influencing mite development and abundance. Cool, rather than warm temperatures favor their development. Activity of these mites is the greatest between 40º and 70ºF. Aestivating eggs do not hatch in the fall until rains provide adequate moisture. On hot, dry days it may be necessary to dig into the soil to a depth of 4 or 5 inches to find the mites. The mites do not seem to be harmed by high humidity, rainfall, short periods of sleet or ice cover, or by ground frozen to a depth of several inches, in the fall. However, heavy spring rains may cause mite populations to disappear.

Fields with loose, sandy or loamy soils are more at risk than those with hard, clay soils. Significant infestations are more common in central Kansas. Because fall populations develop from eggs laid the previous spring, problems are worse in continuous wheat. Crop rotation is helpful in reducing problems, although field borders may be affected when mites migrate from wild grasses. Control may be necessary if large portions of a field show symptoms and mites appear abundant in relation to the amount of plant growth. Persistent dry conditions can lead to cumulative damage and plant recovery is often dependent on available moisture.

Please refer to the most recent version of the Wheat Insect Management Guide for control options.